When to Deep Six that story.

Writing may be a hobby, but if you’re publishing your books or stories, you have a responsibility to produce a quality story. I’ve got lots of articles on how to do that. What I want to address today is what to do when a story is awful.

I’m not talking normal first draft awful, but awful in the way that makes you stare at the screen and wonder What am I writing?

Now I know most authors go through this point somewhere in their story, mostly in what I call the swamp. That’s the hardest part of the book to write. No flashy battles, no introduction of interesting characters. The swamp is about the character flailing around in the final efforts to chase the LIE before they give in to the truth.

So how do you know if you’re stuck in the swamp or your story is awful? 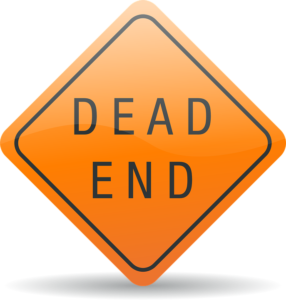 I ask myself a few questions.

First and foremost – is the concept solid? The idea of basing a story on La Traviata featuring telepathic aliens and vampires might have looked great when you started. But can it carry an entire story or is it an extended gimmick? The easiest way to check is imagine your story without the characters being aliens or vampires. Will it still work? If it does, you’re writing a gimmick not a story. The way to fix this, if you want to is to make sure that being alien or vampire is essential to the plot, not in a side show way, but as it is involved in a major plot point way.

Second – Maybe you’re working the wrong character. The sidekick is a lot more interesting than the MC. You sigh every time you bring the MC on stage.  Maybe you’re secretly rooting for the villain. Examine your protagonist. Are they really the right person for the job?

The fix, and KM Weiland deals with this brilliantly, is simple. So go have a look and come back, please. 3 Ways to Choose the Right Protagonist

Third – do you have all the pieces of the plot in place? I’ve seen authors miss the inciting incident, or have it right at the beginning. Plot points out of order or missing entirely. Outline your story, just hitting the major points. Even ending the story before the mid-point. Have you covered each point? Have you made the scene do the right work? Again, KM Weiland talks about structure in great detail, so if you haven’t bookmarked her blog, you might want to.

Lastly – are you writing only one story? This might seem to be a strange question, but I’ve seen it happen. The author was creating two perfectly fine stories, but tried to cram them into one book. Not all melodies work together, and if your story is feeling like two bands playing different tunes. Look at your structure again. Have you doubled up on any of the parts of the structure? There should be only one inciting incident. The fix is to go through the story and separate them. Put one aside, work on the other, then go back. Let each breathe on its own. It can be a lot of work, but in the end, you have two books not one.

I’m going to give you a case study. I’m working on a short story where the main character is a troll. It also needs to show him as fair, generous, and kind. It was fun to write, but the further I got into the story, the worse it got. I was changing scenes so much I had trouble remembering everyone’s place. Then I got stuck and had no idea what had gone wrong.

The concept still intrigued me. Part of the story told of the troll’s coming to understand himself and his place in the world. Making him the antithesis of trolldom worked, and was necessary for the story to work. He’d learn and move toward a more complete view of the people around him. Particularly compassion for the trolls.

The troll needed to be the main character, it was the entire point of the story. But I had two other characters I really liked with very cool backstories. Their interaction got in the way of showing the troll’s character. I needed to move away from them. This is a short story, not a novel, there’s no room for two more strong characters and their story.

I outlined the story, refocusing on the troll as the one who acted at each of the plot points. The other characters had their part, but I’d severely cut them back. I expect they will show up in another story, or the short will become a novel and I’ll have time to develop them the way they deserve.

I ended up renaming the first version with Deep Six in the file name, and rewrote the story following the outline and keeping a laser focus on the main character. I’ve arrived at the point where I’d given up in the first run. I’d thrown the MC off a cliff. But the reason this time moved the story forward and it became a turning point in the story. More importantly, it no longer functioned as just a fun thing to do to my character.

The second run at the story is flowing much better and I know how I’m going to get from where I am to where I need to be for the finale. The story has been rescued from the drawer and given new life. 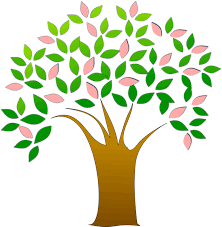 In summary, a story may be truly awful, but only if you go through these three steps, and it’s still awful, should you give up on it entirely. Even then, don’t delete, you never know when some chunk of that awfulness will be exactly what you need in a new setting.

I never throw anything out. Words don’t take up a lot of space on your hard-drive, and there is no worse feeling than wanting that snippet and finding you no longer have it.

Preparing your manuscript for editing

Preparing your Manuscript for Editing Workshop

Why you still may want to hire an editor.

How to hire and editor and work with them.

Alex McGilvery   visit me at https://alexmcgilvery.com