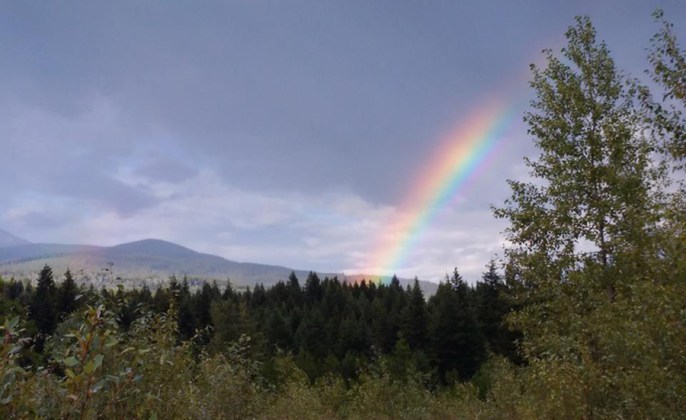 Is God a character in your story or part of the setting? Strange question, but bear with me here. If God is a character, then He needs to be treated in the same way as other characters; namely gradually revealed through the story. It’s unlikely God will have a character arc which changes Him, but a flat arc is very useful. The flat arc is for a catalyst character who doesn’t change during the story, but forces the people around her, especially the protagonist to change. Sound about right?

My experience is few books treat God as a character. One of my favourite examples is To Darkness Fled by Jill Williamson. Achan has been struggling with God through the first book and To Darkness Fled, the second. He has good reason to be angry with God, though God keeps showing up to preserve him. In a scene toward the close of book two, Achan is in a beautiful old temple praying, wrestling with his faith. Finally he submits himself and his life to God. At that moment the Temple explodes leaving Achan sitting in the ruins with a warning from God that things are going to get really hairy from here on out.

There are a few points to consider here.

First, God and the characters interact through the story. Things change because of God; it doesn’t have to be miracles, it could be attitudes of the characters around, a change of heart in one of the villains. God is active and at least spiritually present.

Second, God has character traits which are revealed through the interactions. This seems like a no brainer, but if you are intending the book for anybody but a purely religious audience you need to show what God is like in this particular moment in this particular time. That is harder than it sounds. Are you showing the forgiveness of God? The Love? The Call to discipleship? Trying to do too much at once leaves the reader confused, or unsure which attribute is affecting the main character.

Finally, and this is an important one, while God is present at the climax of the book, God doesn’t resolve the plot. Greek Tragedy had a thing Deus ex Machina literally God in the Machine. At the end of the play, the Gods would step in and sort everything out, making the character’s journeys pointless. If the character is to come to the final revelation of what God wants them to learn, then they must be the focus of the final struggle, not God. So no last minute conversion making everything all right, no miracle to defeat the enemy, just what God is in most of the scripture stories, a present strength for the character to live righteously.

God as a part of the setting.

God doesn’t interact with the characters. The assumption is he is present, but nothing much changes because of that presence. He is there the same way a mountain is there. An example is Uneven Exchange by S.K. Derban where all the good guys pray constantly, about everything, but while they make a decision based on their prayer, it doesn’t change them as a character.

There is no slow revealing of God in the story. The Characters’ understanding of God is the same at the end as at the beginning. God’s relationship to them doesn’t alter any more than the air or the ground changes from start to finish of the book. (if it does it’s because it’s being acted on, not because it’s acting)

Lastly, God is not a substantial part of the conclusion. The assumption is God is present, but there is neither a deus ex machina ending, nor a God present giving strength to the character in a different way than at the beginning of the story. So the character will pray about the final battle, but it won’t be a changed prayer from what they spoke at the start of the story.

Both these situation are valid presentations of God in our story. You don’t have to have God as a character to have the story be an effective witness. Your main character may already have a strong faith, and it that faith you want to show. You may be writing in a time or place in which faith is understood to be universal, so to ignore it would damage the world you’ve carefully built.

What is important is that you think about what God is doing in your story and plan how to write about Him in a way which makes your story deeper.